How many HR managers does it take to create a shortlist for a Director of Homes and Landlord Services at coolly efficient and agile Bristol City Council? Er, four!

The selection meeting notice for the post sent to councillors listed four HR bosses as attending, including the ridiculously thick and useless HR director duo of John ‘Bedwetter’ Walsh and Mark “Bashar” Williams. They’re accompanied by their underlings Celia “Hopefully not a Relation?” Williams and James “Betty” Brereton, presumably in case any reading of long words or adding up is required from an HR director?

Also at the meeting are no less than two council lawyers, the Head of Democratic Engagement and regeneration bald eagle Stephen “Preening” Peacock. All these staff to advise a small committee of five councillors?

When the council is looking to make £20m of cuts later this year, perhaps they should start by cutting the three extra HR bosses and the spare lawyer sat about at meetings before they start further wrecking our frontline services?

Speculation has been rife on Twitter since an EMERGENCY Human Resources Committee Meeting of Bristol City Council was hurriedly organised last week with just one intriguing item to consider –  “CONFIDENTIAL STAFFING MATTER”. What can it all mean?

So what’s Bedwetter’s absolute shower of institutionally racist HR incompetents done to their staff now that we aren’t allowed to know about? And how much is it likely to cost us? Perhaps a helpful councillor on the HR Committee might like to tell us in the, er, PUBLIC INTEREST?

Or will we have to find out for ourselves? 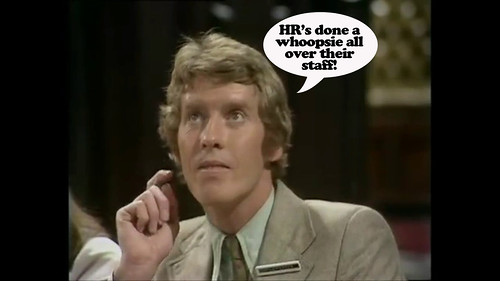 The ever-resourceful Human Resources Department of Bristol City Council has come up with a new wheeze to SCREW its lowest paid workers.

James “Betty” Brereton, masquerading under the poncey job title ‘People and Culture Manager‘, wrote out to low paid staff who work term times only in May announcing he has been “checking the calculations we use to work out pay”. And lo and behold! He’s discovered some “ERRORS“.

“Any overpayment or underpayment in April will be added to or DEDUCTED from your pay in May,” Brereton cheerily announced to people taking home small sums of money who thought the small increase in their pay packet in April might be their pay rise!

Unfortunately not. Instead money was REMOVED from pay packets a few weeks later at the end of May with NO REGARD for anyone having to manage on a tight budget or anyone wishing to know exactly what their monthly income from Bristol City Council might actually be.

Betty Brereton’s letter in May then added, “we will work out if there has been an overpayment or underpayment IN THE PAST. Where there has, we will negotiate with the trade unions on how we deal with this. We will then be in touch with you.”

In other words, Bristol City Council will be deducting EVEN MORE MONEY from the pay packets of the low paid at undisclosed some point in the future with little notice or explanation.

How are workers on low incomes supposed to plan their finances like this?