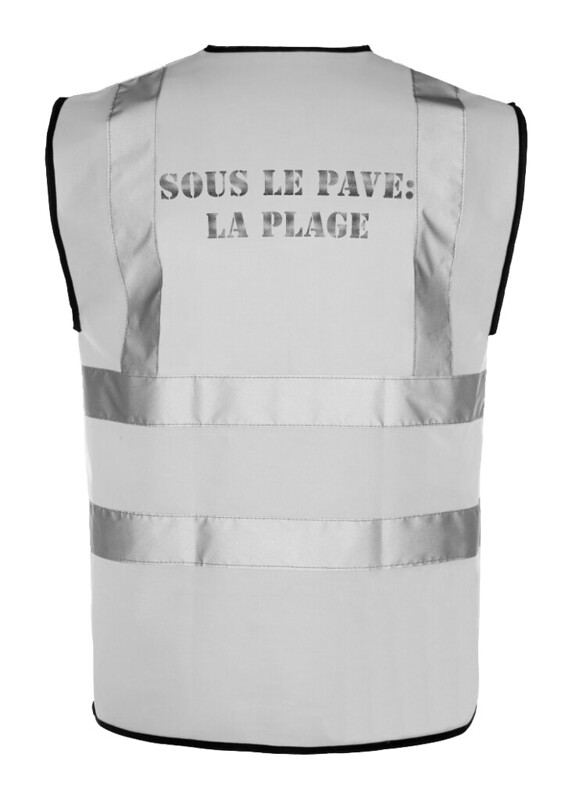 from our Paris Correspondent

The BRISTOLIAN supports and celebrates the people’s movement in France called the “Gilets jaunes”, the yellow vests.

This movement started as a response to President Macron imposing a fuel tax, supposedly to cut CO2 emissions. The working class correctly saw this as an attempt to pass a cost to them rather than to wealthy corporate polluters. Many people live in rural areas in France and use their cars to commute. Already they are spending a significant amount on just getting to work.

Here lies the real issue: falling living standards, rising cost of living and working long hours to pay the bills and then having nothing to show for it. Your kids are going without, local services are closing and prices are rising while the political and economic elite carry on filling their boots. Sound familiar?

Let’s not kid ourselves; the French political system is in turmoil. The French right, with the face of Marine Le Pen, has grown in the last two elections and some blame migrants. However, during the disturbances there has been footage of right wingers being beaten off the streets by the gilets jaunes. The crowd are clear about who their enemy is and what to attack.

Banners called for a cull of the bourgeoisie as the cops were run from the Arc De Triomphe. Protestors were on the Champs Elyses turning over Porsches. They were running amok down the Boulevard Haussmann. A bit like Bristolians attacking Clifton Village and Park Street and, of course, Shitty Hall.

Macron, at the beginning, treated the protestors with contempt. The first major protests were on November 17 but you did not read that in the British press. Now, nearly the whole country is affected.

As the movement grew there were videos of ambulance drivers blocking roads, firefighters walking off parade in contempt at their managers and, even, the old bill on one Paris street taking off their helmets. Showing that they would not fight the people.

Macron and the elite got nervous after major riots in Paris in early December and offered to meet with a delegation. But who to meet? This had truly come from the people. There was no political party or trade union involvement and there were no leaders.

A “delegation” was eventually warned that they did not speak for the whole and, instead, Macron was forced to announce that the government would suspend the fuel tax.  “Not enough,” replied the Gilet Jaunes, “it’s the whole fucking system that’s the problem”.

Similar movements are building in Holland and Belgium. Spain and Greece have been in dispute with their people for months. People have had enough of being lied to, robbed, polluted, poisoned and worked to death while living in perpetual debt.

Meanwhile, the elite are avoiding tax, pocketing mega profits and increasing the wealth gap daily.  Enough is enough. The gilets jaunes are absolute proof that direct action can get the goods.

So what now? Full-scale civil disobedience in Europe is a possibility. Who knows what will be achieved? But Europe is heading in the right direction. The question is, what are you going to do?

Time to defend your families and communities … to the streets!