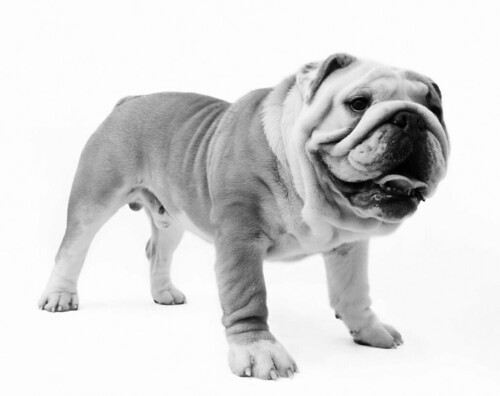 In the bible we are told that god let man have dominion over every living thing that moveth upon theearth. Such a gift comes with great responsibility and Atheists will agree that man has failed to protect his creatures resulting in the extinction of many species.

A much more perverse example of man’s behaviour is the practise of breeding toy dogs. A perfectly healthy creature is selectively mated to introduce congenital deformities in order to satisfy an owner’s whim.

Do we need a dog with a face like a butterfly? Is it fair that The British Bulldog is so deformed that breeding to rectify uncomfortable, painful and ultimately fatal illnesses is impossible due to its small gene Pool?

Watch Crufts and witness the obscene spectacle. The would be Doctor Frankensteins delight in their meddling. The ultimate Irony is that the profit hungry breeders try to superimpose human character on their victims but do not show the respect due to a dog. In 1832 the reform act was introduced to combat the system of rotten boroughs where one man could have many votes. Emancipation progressed and in 1969 the voting age was reduced to eighteen. A policy heavily promoted by “Screaming “ Lord Such and The Teenage Party.

Today we find ourselves in a retrograde position where students can vote in the city where their University is. In Bristol we have the bizarre situation where a student can move into temporary accommodation for three years and vote in the local elections. The ever-increasing student population puts pressure on a desperate housing situation.

These people will not meet the Bristolian diaspora who have been pushed to the outskirts of town. They will not become aware of our situation and aspirations for our hometown. They will inhabit a world apart and engage in a pseudo Bristol culture promoted by capitalist media. Just look at the way Bristol University portray our city on “Explore” Bristol. Our areas do not even get a mention.

Thus we have the creation of a new rotten borough with votes going to 20,000 strappers and still rising. As they depart and are replaced ,they will have no responsibility for their interference in our local democracy.

The damage will be done and more will be coming.