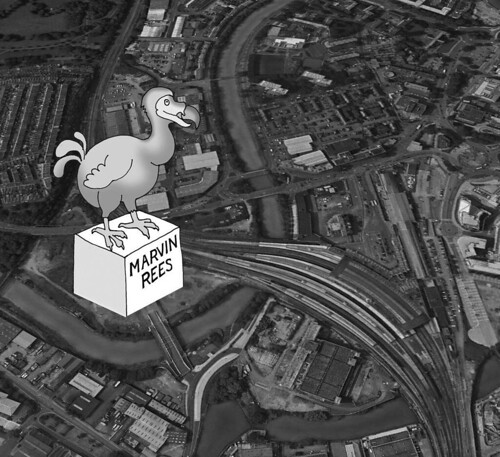 The decision by the Reverend Rees to SCRAP the arena at Temple Island finally puts a rubber stamp on the worst kept secret in the city. The Reverend finally revealed his hand on 3 September, after two years of arsing about, when he condemned the Temple Meads arena as “AN UNDELIVERABLE VANITY PROJECT”.

Instead the Reverend has opted for pension fund, Legal & General, to create a mixed-use development scheme including a conference centre for Bristol University on the EXTREMELY VALUABLE site adjacent to Temple Meads station. Sketches of plans so far produced by Legal & General have been unfavourably compared to “the worst kind of municipal scheme from the 1960s”.

Now the job of building an arena for Bristol falls to Malaysian multi-national, YTL Developments, who own the Brabazon Hangar in Filton and claim it can be converted into a state of the art 15,000 seat arena. However, there are NO GUARANTEES that the company, chaired in the UK by notorious wheeler-dealer, Merchant Venturer and Tory donor, Colin “Tory Boy” Skellett, will ever deliver an arena.

The saga of Rees and the Temple Island arena has dragged on for nearly two and a half years ever since he was elected on a clear manifesto promise to “COMPLETE THE ARENA“.  Since that commitment in spring 2016, Rees has promised an arena at Temple Island on numerous occasions while persistently delaying the “shovel ready scheme” at every opportunity.

This was a project where the design had been COMPLETED; funding had been AGREED and allocated; full planning permission was IN PLACE; the contract to build the thing had been AWARDED; operators to run the place had been CHOSEN and they’d even built the bridge across to the island so that access to the site was easier for the builders.

Now it’s BACK TO SQUARE ONE for the project on a new site at Filton, under new management and reliant on massive public funding to create the transport links that will make this private sector-led project viable.

The Temple Island site, probably the MOST VALUABLE piece of development land in the UK outside London, has now been handed over to pension fund, Legal & General to develop a high-rise mixed use development. Although – so far – Rees has been UNABLE to produce any evidence of a tender or bidding process for this prize city asset. Instead Legal & General appear to have been handed our land on the nod from Rees. We will report further on this SCANDAL as it unfolds in the coming months.

For Rees, this decision may be end of the line for this UNDERPERFORMING FLOP of a mayor. Bristol Labour Party bosses and members are openly discussing deselection while the rest of the city not only wants rid of Rees but the WHOLE MAYORAL SYSTEM.

Will Rees’s legacy be the scrapping of the mayoral system in Bristol at the earliest opportunity? We think so.