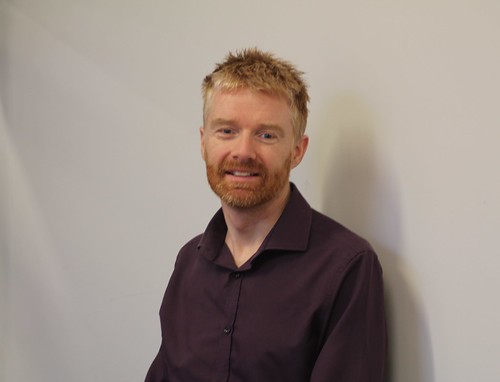 News that fully paid-up middle class prat and voluntary sector luvvie, Sandy “FRANKENSTEIN” Bufton-Tufton (surely Hore-Ruthven? ed.), will be Green candidate for mayor in 2020 moves the campaign for the next elected mayor of Bristol up a small notch.

Over the last few years Bufton-Tufton has carved himself out a career as a MINOR ESTABLISHMENT FIGURE of little consequence as the Chief Executive of the Creative Youth Network, the money swallowing youth project based at the Station in Broadmead, and as the Chair of Voscur, Bristol’s underperforming voluntary and community sector umbrella group.

In fact, Bufton-Tufton looks like another half-educated, snooty middle class white male CARPETBAGGER prone to jumping on the nearest party political bandwagon to achieve his unrealistic leadership ambitions that the Greens tend to favour. Remember Darren “Bugger” Hall, the Greens’ great white hope for MP for Bristol West? Whatever happened to him and his commitment to the city once a Parliamentary seat FAILED TO MATERIALISE?

More worrying for us, the long suffering electorate, is that Bufton-Tufton could turn out to be a TERRIFYING MIX of the worst of Mayor-No-More George and the Reverend Rees. For we understand that Bufton-Tufton’s current squeeze is none other than Zoe “Groupie” Sear, the HORRIFYING SNOB that played at PR and political advisor for Mayor No-More Ferguson. What a small world Bristol is!

In 2013, Ms Sear, then earning the best part of a grand a week from the council as George’s sidekick, worked with senior council housing bosses to try to force a victim of domestic violence The BRISTOLIAN was supporting into a refuge AGAINST HER WILL. When the woman refused to budge, “your name could be slipped to the mainstream press!” hissed Sear down the phone to this victim of serious violence.

What role Ms Sear will be playing in Bufton-Tufton’s hapless Green Party campaign against anyone who dares to drive a car in Bristol is not yet clear. But let’s hope it doesn’t involve advising on DOMESTIC VIOLENCE or letting her anywhere near “THE MAINSTREAM PRESS“. In fact, it might be best if Bufton Tufton leaves Zoe at home to wait for the Ocado delivery when he goes out to campaign. Otherwise we might start confusing him with George.

We also learn that Bufton-Tufton, just like the Reverend, is a fully paid up member of Common Purpose, a virulently pro-EU, pro-free market “LEADERSHIP DEVELOPMENT PROGRAMME“, generally aimed at public sector middle managers of limited intelligence.

The organisation has members scattered across local government and the voluntary sector in Bristol and, as far as we can see, its main common purpose is for its members to promote each other into jobs and positions of power that they’re not very good at. They then get on with their core task of selling off public services and assets to corporate contacts as cheap and fast as possible while endlessly repeating the buzzwords “INCLUSION“, “DIVERSITY“, “INCLUSIVE GROWTH” and “SUSTAINABLE“.

Despite his bizarre RIGHT WING LEADERSHIP TRAINING, Bufton-Tufton’s personal leadership skills may still leave a bit to be desired. This glorious new city leader stood up the Extraordinary Full Council Meeting on 3 September to CONDEMN the Reverend for cancelling the arena at Arena Island. Only for the Reverend, an hour later at the same meeting, to announce that Voscur SUPPORTED his plan to cancel the arena at Arena Island. Bufton-Tufton is, of course, chair of Voscur and responsible for their corporate policies.

Isn’t it good to see Bufton-Tufton’s mastered the Marvin-like political art of badly selling two entirely opposing views to the people simultaneously? He may go far in Bristol ..