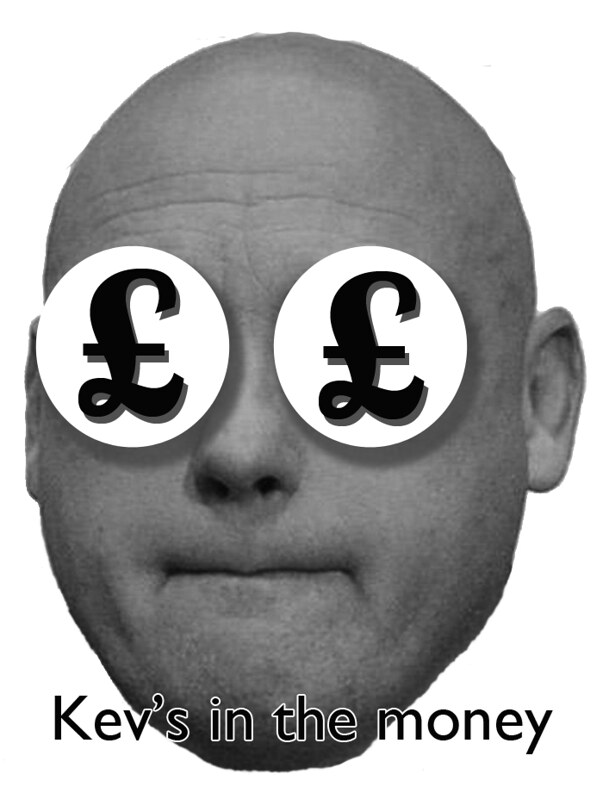 While Bristol City Council continues to IMPOSE AUSTERITY on the rest of the city, it’s trebles all round in the office of the Mayor.

We’ve already told you about the Reverend’s personally appointed regeneration chief Colin “Head Boy” Molton – responsible for arena non-delivery – trousering £1.5k a day without the bother of having to go through any COMPETITIVE RECRUITMENT PROCESS. Not this side of the 2020 mayoral election, anyway.

Now we learn that the Reverend’s political assistant, Kevin “Don’t mention the private education” Slocombe has been treated to a ONE HUNDRED AND ELEVEN PER CENT pay rise by the Reverend. The same post under Mayor No More Ferguson attracted a wage of £45k for his glamorous assistant, Zoe “Groupie” Sear. Now the pay is £95K.

£45k isn’t bad money at all for a post managing a PA and a couple of admin assistants. But clearly not enough money for a MIDDLE RANKING PR of Slocombe’s standing. So he’s has bagged a £50k pay rise from his friend, the Reverend.

News is also in, courtesy of the council’s external auditors, that the £100k the Reverend handed to departing Chief Exec Anna “Big Wedge” Klonowski last year was a GENEROUS PERSONAL GIFT with public money from the Reverend and not a legally required pay off for her notice period as he claimed.

How much is the Reverend spending on generous and unnecessary payments to his mates? It’s hard to say. Especially now that the paperwork for the senior management reorganisation that the Reverend promised would save £1million a year on senior bosses’ wages has been made ‘EXEMPT‘. This means the public and press are conveniently DENIED access to any final figures.

Is this because the promised savings haven’t materialised for the council, while large sums of money for a privileged few have materialised in personal bank accounts?