The Reverend Rees’s deranged efforts to build his way out of his carefully branded “HOUSING CRISIS” is hitting south Bristol and its open spaces very hard. Following last month’s unveiling of the Reverend’s IKEA/BOKLOKS housing solution, giving his loopey evangelical mate Jez “I’m no housing expert” Sweetland free rein to build 200 IKEA chipboard homes for the DESPERATE and the VULNERABLE on the narrow verge of a trunk road in Hengrove, comes news of another attempt to grab open space in south Bristol.

Filwood residents expressed their displeasure at Rees’s madcap “CHIPBOARD AND PRAYER” plans for the Airport Road at a cabinet meeting last month and community GROUP KNOWLE WEST FUTURE asked that the council, at least, reduce the number of homes planned for the small and narrow tree-filled site to 100. The group said, “A possible 400 people emanating from this site would be a significant addition to that area and if that is to happen other parts of community retail and infrastructure need to be improved.”

Meanwhile, less than a mile away at Broadbury Road in the heart of Knowle West, Curo Housing Association have unveiled plans for 47 homes on a small piece of COUNCIL-OWNED OPEN SPACE WITH A PLAYGROUND behind Broad Plain House. And the community are not impressed that their wildlife and rights of way are to be traded away by the council for concrete, traffic and overshadowing by large buildings.

Residents have also pointed out that the site is part of GARDEN CITY PLANNING PRINCIPLES and that the area was built to have green spaces. However, principles, planning or otherwise, are in short supply at Rees’s DUMBED DOWN FREE MARKET COUNCIL or at even dumber Curo. Instead Curo Communications Manager Valentina Warren gives the game away by gormlessly explaining the complex planning vision underpinning the Reverend’s “housing crisis”. “You can’t build new homes and have green space at the same time,” she’s announced.

“No green space for you – losers.”

Grave-sucking Bethel cult (see The BRISTOLIAN, 50) ‘apostle’ and Bristol Housing Festival director JEZ “I’m no housing expert” SWEETLAND has used his weirdo ‘fluence over Marvin Rees to SEIZE control of a projected housing development of 200 HOMES on Airport Road. Public funding will come from Homes England and the homes built by IKEA/Skansa, according to cabinet papers signed off by the Reverend Rees this evening. For providing land to the circling corporate and evangelist vultures, BCC gets ground rent.

30 per cent of these cheapo IKEA houses will go to Bristol’s vulnerable and needy at ‘affordable’ rates (no doubt including bonus ‘spiritual’ brainwashing by Marvin’s grave suckers), while the rest of the chipboard ‘innovative modular technology’ FLAT-PACK CRAP gets sold to wannabe home-owners who can’t afford anything better and are desperate enough to sign up and pay a mortgage on one.

The IKEA/Skansa house building vehicle is aptly named BOKLOK(s) and has been expanding into the UK’s cash strapped housing-for-low-earners construction market since 2007.  A summary of what BoKloks ‘housing’ is all about is found in Australia’s ‘The Daily’ of June 28, where Dr Troy of New South Wales University says that focusing “on reducing construction costs … JUST REDUCES STANDARDS OF HOUSING FOR PEOPLE WHO HAVE NO OTHER OPTIONS.”

As well as his efforts to warehouse the city’s poor in crap accommodation under the ‘Bristol Housing Festival’ brand, Sweetland also attended the MIPIM ‘property developer’ CARTEL JUNKET in Cannes with the Mayor in March. He’s also linked to a circle of local churches (New Hope in Hotwells, Woodlands in Cotham, and Christchurch in Clifton are three out of five or more) and a wider network of front businesses and ‘community’ organisations, especially active in the Stokes Croft area. These include Love Bristol, Release Academy, Happytat, Elementary Bakery and The Well Launderette. All are directly or indirectly connected to Bethel School of Supernatural Ministry (BSSM) in Redding, California .

BSSM, as The BRISTOLIAN has warned before, is a BONKERS US evangelical cult that seeks influence in high places across the world by placing its ‘advisors’ (such as Marvin’s RACHEL MOLANO – is she a BCC employee or not?) close to leaders it has BRAINWASHED. These include right-wing Australian PM SCOTT ‘Let Them All Drown’ MORRISON, and our very own Reverend Mayor.

Beyond their bizarre, creepy beliefs and practices, readers should be aware that the BSSM founders have expressed SUPPORT FOR TRUMP, EQUATED ABORTION WITH GENOCIDE, and rally behind the discredited ‘CONVERSION THERAPY’ FOR GAYS. BSSM also loudly assert that Bristol is their ‘SECOND CITY ON A HILL’. Their takeover of rust-belt Redding, California being their first CHRISTIAN GENTRIFIER COLONY.

The Reverend can have whatever personal beliefs he likes, but he cannot COMPROMISE HIS PARTY or ABUSE THE SECULAR AUTHORITY OF HIS OFFICE to advance his dodgy cult and its dubious agenda in our city.

The BRISTOLIAN SAYS… BOKLOKS TO THAT!

Hear Jez Sweetland for yourself (from 23 minutes he preaches the Bristol Housing Festival to his church and boasts about his Bristol City Council connections: http:// https://www.mixcloud.com/hopecommunitychurch-talks/jez-sweetlands-life-of-faith-and-bristol-housing-festival/ 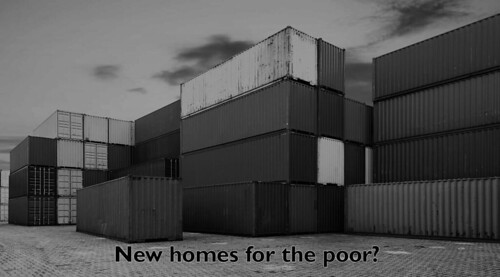