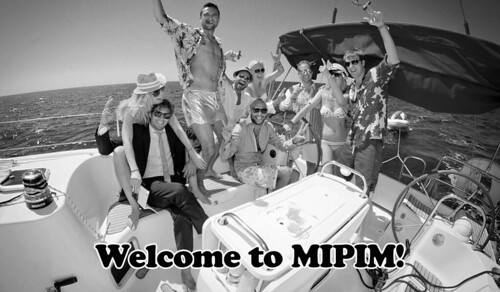 FACTS and FIGURES come crashing into the inbox regarding the Reverend’s recent trip to Cannes to attend the MIPIM property conference. A sort of working holiday on the Côte d’Azur where gullible local authority types can get mugged for their land by property speculators.

And the cost of this three-day jaunt to you, dear council tax payer? A mere £9,950! Included in a busy itinerary for these selfless public servants were urgent events such as the ‘ARUP COCKTAIL PARTY‘, the ‘YTL  DEVELOPMENTS DINNER‘ and the ‘BOUYGUE – LINKCITY DINNER‘!

Tough gigs but, no doubt, someone’s got to spend £10k of our money doing it! The Reverend Rees continues to demonstrate the leadership skills and sure touch that earned him a MISERABLE little middle management equalities officer post paper shuffling for the NHS. Was it there he perfected that ability to wear a shiny suit and talk utter shite?

A brief glance through the Reverend’s weak and cowardly Tory budget for the coming year reveals virtually every department at the council will be making CUTS. Or “efficiency savings” as the Great Helmsman demands we call them. Deploying weasel words in a sad attempt to fool us that his atrocious cuts WRECKING our public services will somehow be improvements to these services if he applies enough heavy-handed PR spin to them.

However, if we’re being strictly accurate, all council departments are making “efficiencies” except ONE. The exception being the Reverend’s very own EXECUTIVE OFFICE, which is receiving a £600k boost to its budget for next year. Although, if we’re to be consistent, shouldn’t this 25 per cent uplift to his own budget be called an “INEFFICIENCY SPEND“?

Does the Reverend think CUTTING everyone else’s budget while BOOSTING his own to afford more trips to Manhattan, China and Cannes and run a junket for ‘World Mayors’ here in Bristol is a good example of the ‘city leadership’ he’s forever banging on about? Did they teach him to be a GREEDY self-serving bastard on his wanky leadership course at Yale? Or is his ‘I’m all right Jack’ approach to leadership just another one of his many embarrassing PERSONAL FAILINGS?

Surely leadership is about leading from the front and ensuring that he takes, at least, his share of any cuts to ENCOURAGE and LEAD his colleagues in these harsh times?

Got to be better than blathering on about leadership while blatantly showing none.